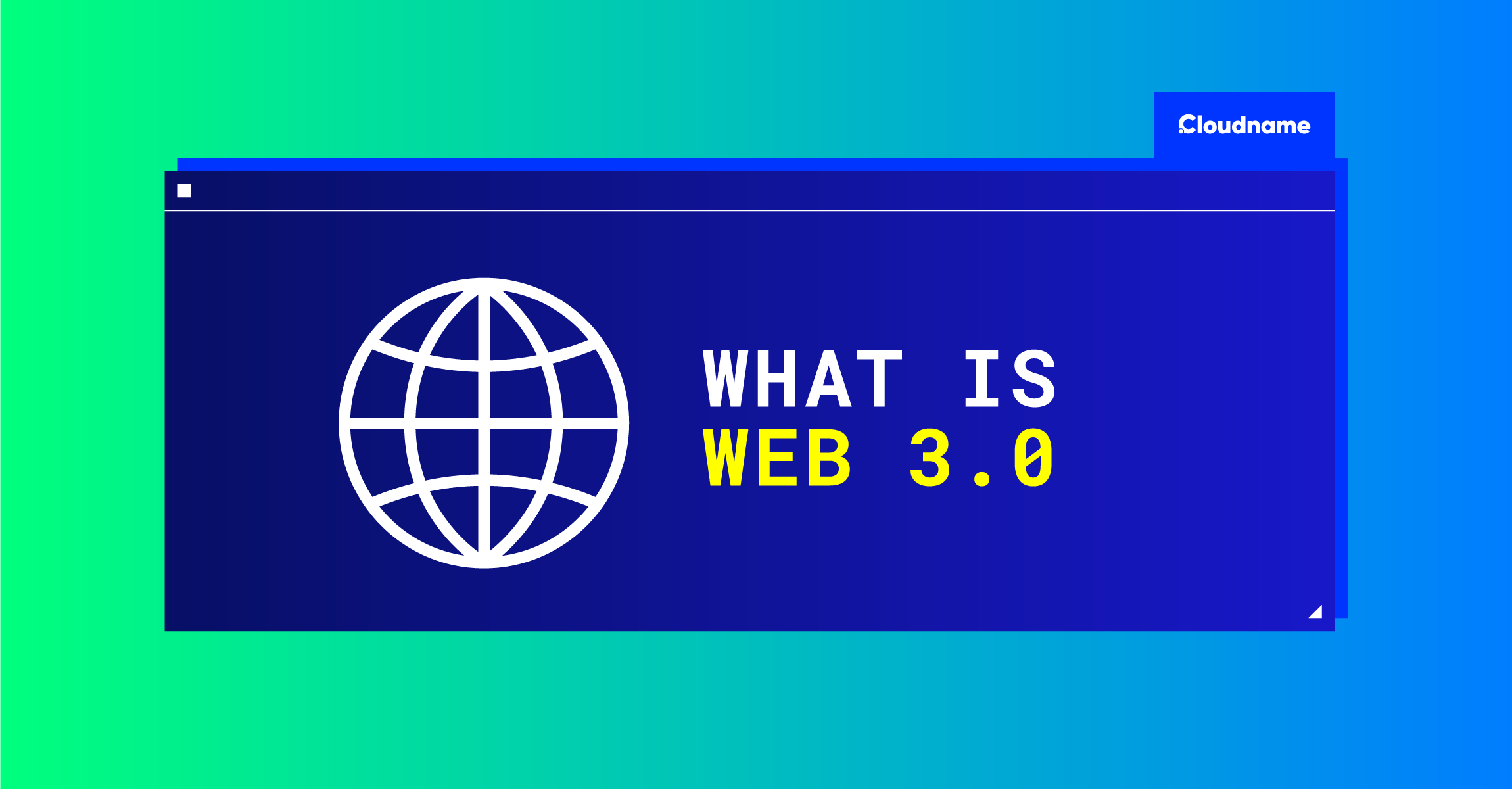 What is Web3.0 – Everything you need to know

One of the latest technological developments along with the metaverse, Web 3.0 is gaining supporters across the globe. The fundamentals upon which it is built appeal to those who are also excited by blockchain technology, NFTs, artificial intelligence and more!

The team at Cloudname are no different and have embraced the idea of Web 3.0, looking to support its development and engagement as the technology moves forward.

As a result, we felt it was important to put together an article explaining what Web 3.0 is, how it differs from previous versions and the key pros and cons. Carry on reading to find out everything you need to know.

So what is the definition of Web 3.0 and how has the web evolved?

Before we delve deeper into how the web has developed, the key characteristics of Web 3.0 and its pros and cons, we need to define it.

Often known as web3 or Web 3.0, it is seen as the third iteration of the internet. It could possibly be the most disruptive and game-changing change in decades. At the heart of Web 3.0 is the concept of decentralization, transparency and ownership.

Many people are fed up with the control held by a few governments or multinational corporations. These giants have too much control over our data and how we use it. Web 3.0 can be thought of as the internet where the user is able to read, write and own their data. You will not only be able to create content but participate in how it is governed.

Imagine being able to choose if you sell your data to advertisers, how much of it and tailor information in a specific way! All without needing to get permission from a controlling organisation.

This decentralization is made possible by the development and growth of blockchain technology, with the use of tokens and smart contracts. It is this that makes it such a popular topic for those interested in cryptocurrency and crypto domains.

To help understand how much of a transformative concept Web 3.0 is, we need to look back at the origins of the web. This can be summarised by iterations known as Web 1.0 and Web 2.0.

The World Wide Web was invented in 1989, by Tim Berners-Lee and this was the start of Web 1.0. He conceived this idea whilst working at CERN and its primary purpose was to help find information.

It can be viewed as a “read-only” web, with discussions and content creation performed offline. The fundamental technologies created for this first iteration were:

A few years later in the mid-1990s, web browsers emerged including Netscape Navigator and this helped truly start to transform the web as it included features like displaying interactive content using javascript and using cookies.

There is some debate about when we entered the Web 2.0 iteration but fundamentally this refers to the change from pretty boring web pages into a more interactive, user-generated content-driven internet.

Whether you say this goes as far back as 1999 or the mid-2000s, it embodies the idea of social connectivity.

Thanks to advances in technologies, such as CSS3, mobile connectivity and social media platforms user-generated content has exploded. We’re now at the point of Web 2.0 where mobile interactivity is dominating and this has led to those huge corporations like Apple, Google, and Facebook having more and more control.

All of which is feeding the desire for a new world, a new way to take back control – Web 3.0.

The key characteristics that define Web 3.0

To help understand Web 3.0, we can look at the key characteristics of Web 3.0. It is these concepts that make it such transformative and revolutionary technology.

Perhaps the most important characteristic of Web 3.0 as it fights against the control and power of the few, major corporations who control so much of our data.

Data will not only be owned by the user, but it will also allow you to store it in multiple locations and sell it without losing ownership, risking potential privacy issues and having to rely on intermediaries.

When we talk about connectivity, we don’t mean via specific platforms owned by the big players. We mean the concept that more and more devices and applications will be connected to the web. This is already being seen as part of Web 2.0 and will grow exponentially as part of Web 3.0.

This leads to ubiquity and the capacity to be pretty much everywhere, all of the time. Once more we can already see this in Web 2.0, as users can share an image wherever they are.

Computers are growing more intelligent and building the capacity to understand new concepts through new technology, such as natural language processing. This is when an algorithm is able to take into account semantics from two phrases, even if the syntax is different.

With machines being able to spot and decipher the meaning behind user-generated data, Web 3.0 will offer new levels of artificial intelligence compatibility and integration. Currently, the focus is more to do with human-based systems, but as Web 2.0 moves to 3.0 then this will transform.

It is a common misconception to see these terms and think they have negative implications. However, what is important to understand is that thanks to decentralization and technology like blockchain, users can interact with each other without getting permission from an intermediary.

These Web 3.0 systems will operate on blockchain networks and other peer-to-peer networks, offering greater freedom. We’ve got some fantastic articles on the development of blockchain technology and how it is transforming the World Wide Web. You can read them here.

It is important to have a balanced understanding of Web 3.0 and this includes both the potential pros and cons of such technology. We’ve put together a summary of both below, to help readers make their own minds up on whether it is a technology with value for the future.

Here are a handful of the pros we feel are most important:

Here are some of the potential downsides of Web 3.0:

We truly believe Web 3.0 offers a future that many of us desire. Less reliance on a few big fish, more personalized experiences and greater control over our data are all things we want to be happening now.

Web 3.0 takes these dreams and makes them a reality, but it is important to understand that there are still limitations to overcome and if we wish for it to enter the mainstream experience for internet users then they need to be resolved. 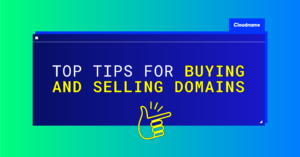 As the title suggests, our latest article is all about providing those helpful tips that can make the difference between a good decision and a 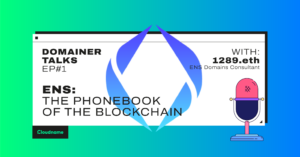 “(…) Ethereum Name Service (ENS) is the phonebook of the Blockchain.”

Last month saw Ethereum Name Service surpass the one million registered domain mark and new registrations clocked in at 365k in May alone. The registration 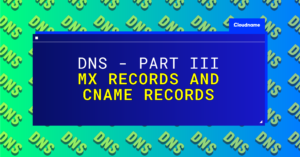 The final in our series of articles about DNS records, today we’re going to explore two of the most frequently used records. MX records and

This website uses cookies to improve your experience while you navigate through the website. Out of these, the cookies that are categorized as necessary are stored on your browser as they are essential for the working of basic functionalities of the website. We also use third-party cookies that help us analyze and understand how you use this website. These cookies will be stored in your browser only with your consent. You also have the option to opt-out of these cookies. But opting out of some of these cookies may affect your browsing experience.
Necessary Always Enabled
Necessary cookies are absolutely essential for the website to function properly. These cookies ensure basic functionalities and security features of the website, anonymously.
Functional
Functional cookies help to perform certain functionalities like sharing the content of the website on social media platforms, collect feedbacks, and other third-party features.
Performance
Performance cookies are used to understand and analyze the key performance indexes of the website which helps in delivering a better user experience for the visitors.
Analytics
Analytical cookies are used to understand how visitors interact with the website. These cookies help provide information on metrics the number of visitors, bounce rate, traffic source, etc.
Advertisement
Advertisement cookies are used to provide visitors with relevant ads and marketing campaigns. These cookies track visitors across websites and collect information to provide customized ads.
Others
Other uncategorized cookies are those that are being analyzed and have not been classified into a category as yet.
SAVE & ACCEPT